PLANS CONTINUE FOR NEW MONUMENT IN LAKE PARK TO HONOR VETERANS
Members of the Des Plaines Park District Board of Commissioners and the Executive Director met with representatives of VFW Post 2992 on Friday, November 16 to continue discussions about the installation of a new monument in Lake Park to honor military veterans and recognize the event that brought the traveling Vietnam Memorial, “The Wall That Heals,” to Des Plaines in September, 2017. Board President Don Rosedale, Commissioner Jim Grady, and Executive Director Don Miletic met with Post Commander Mike Lake, Senior Vice Commander Keith Renner, and Junior Vice Commander Jim Gamboa, to review the progress of the project.

“We have just a few points yet to finalize,” said Mr. Miletic, “including having some wording on the monument to recognize all of the organizations who contributed to bringing The Wall That Heals to Lake Park. The VFW was also interested in having the park district sign an agreement providing them exclusive use of the memorial site, but we have been advised by our legal counsel that the district cannot enter into any agreement that restricts the use of public land.”

In September 2017, the park district began discussions with members of Post 2992 to refurbish or replace the wooden sign that dedicated the Memorial Pavilion in 2004. In early 2018, after the VFW decided to hold a contest to design a new monument, park district staff removed the original sign, which needed significant repair, in preparation for renovating the site. At the August 21, 2018 regular meeting of the Des Plaines Park District Board, the VFW presented renderings of the monument design that won the contest, and talked about the materials the designer recommended for the project.

“The Park Board Commissioners, and all of us at the park district, are excited about the installation of this new monument dedicated to our veterans,” said Miletic. “The design presented by Nick Gast is both beautiful and quite powerful,” he continued, “and I think everyone in the community, especially veterans, will find the site to be a peaceful place to come and honor those who have served, and those who are now serving our country.”

An installation date has not been finalized, but preliminary plans are for a dedication on Memorial Day, 2019.

Renderings of the monument design:
Download a PDF of the renderings 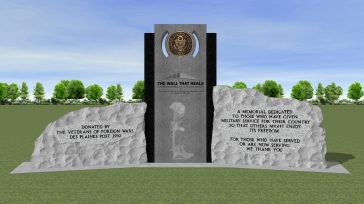 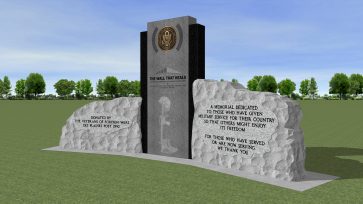 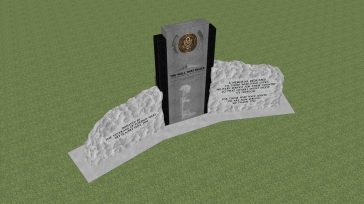 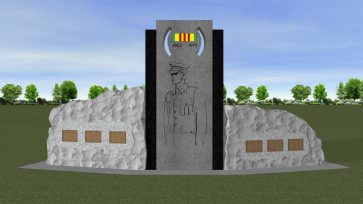 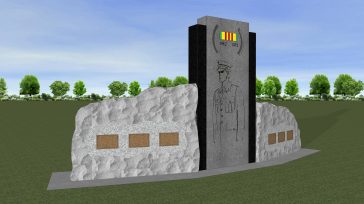 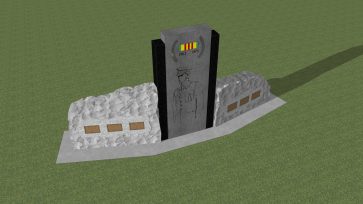